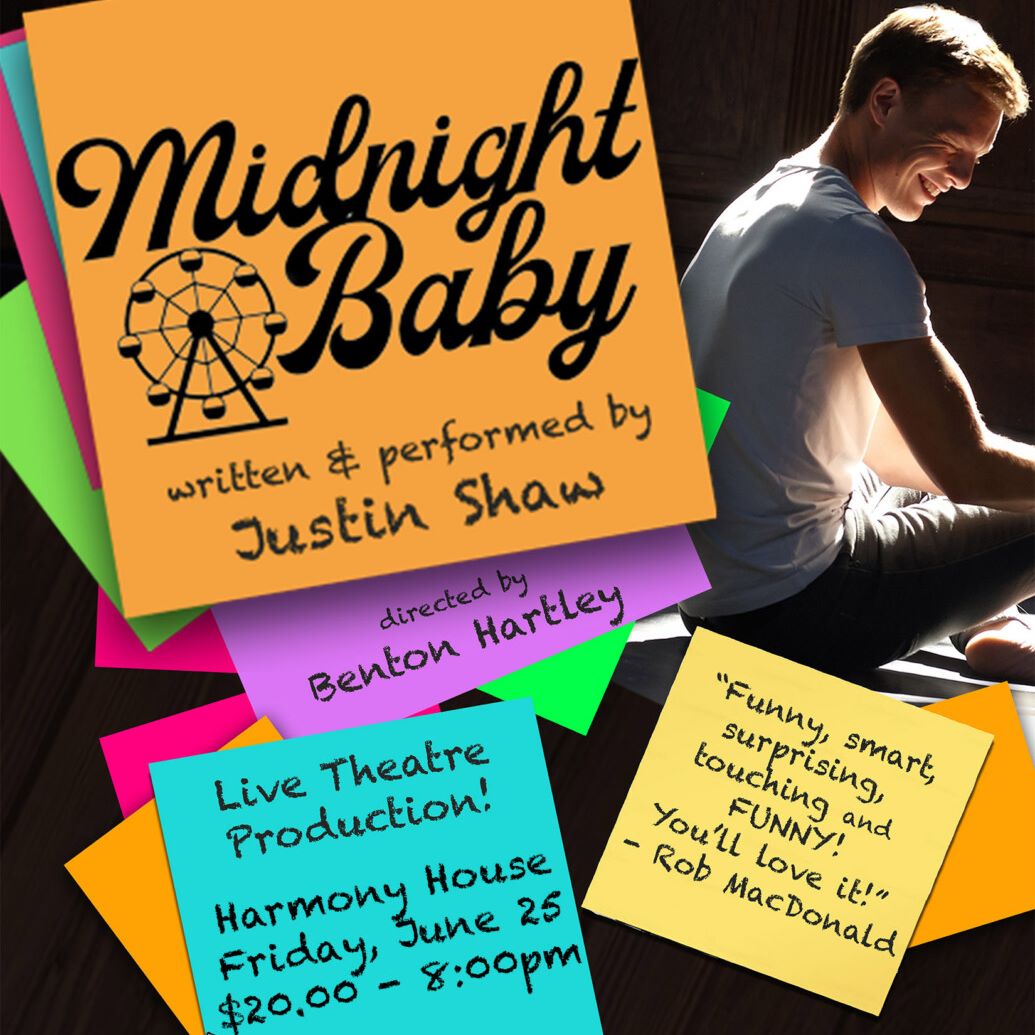 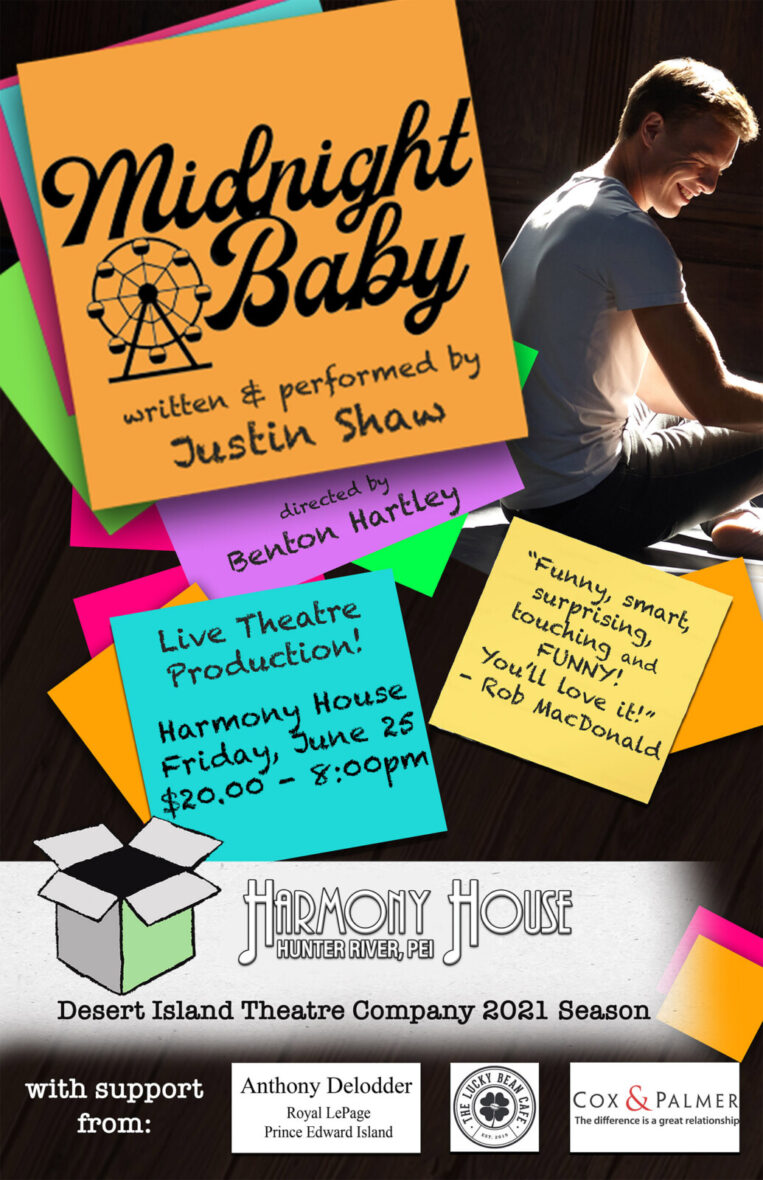 Midnight Baby tells the story of a man obsessed with planning and how this obsession has impacted his relationships. He shares stories of his experiences floundering as a sentimental junior high dweeb, as an awkward adolescent incapable of deviating from routine, and as an adult faced with a poor self-image and the dietary habits of a raccoon. In exploring his anxieties, shame, and embarrassment, Midnight Baby strives to answer the question “how can you be enough for another person?”

This one-person comedy is written and performed by Island born storyteller Justin Shaw. Shaw is better known to Island audiences from his work with Poplalopalots Live Improv Comedy, Lorne Elliot’s Culture Shock (Harmony House Theatre) and the classic Canadian drama Salt-Water Moon (The Guild 2019 Summer Festival). His debut solo show The Wrestling Play earned the Patron’s Pick distinction at the 2017 Island Fringe Festival and was later presented at Edmonton’s Nextfest Arts & Culture Festival. As a comedian, Shaw has performed across Canada and opened for the likes of Scott Faulconbridge, Elvira Kurt, and the late great Mike MacDonald. He is a graduate of the National Theatre School of Canada (Acting 2017) and loves making people laugh.

This play is directed by Desert Island Theatre Company’s Artistic Director, Benton Hartley. “This project checks so many boxes for me,” says Hartley. “It’s hilarious, it’s heartfelt, and it affords me the opportunity to work with my immensely talented best friend on a show he’s been working on for a very long time. It’s a humbling opportunity, and an honour in the purest sense of the word.”

Midnight Baby will be presented at Harmony House in Hunter River, Prince Edward Island from June 25th. Tickets are $20.00 and are available online and at the Harmony House box office. This show is intended for an adult audience.